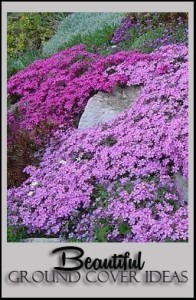 In the springtime I don’t think there is another ground cover that is any more beautiful and eye-catching as Creeping Phlox.  It is gorgeous and blooms from mid to late spring.

This ground cover grows about 4 inches tall on a rather prickly bed of green foliage.  Planted in mass it will cover a slope.  It will splash from an overturned pot or whiskey barrel like a cascading waterfall.  It has such a dense bed of foliage it chokes out many weeds.  In fact, it even choked out a purple salvia of mine this year.  But that’s okay.  It looked fabulous!  It does best in a lot of sunlight.

It comes in brilliant colors of pinks and purples and a variegated candy stripe (not as colorful or as prolific a bloomer as the others). When it is through blooming cutting about an inch from the top of the plant will insure a cloud of color the next spring.

Stand back and take a look at your yard.  Picture where you would want some spring color next year.  Now is a great time to buy spring flowering plants.  In the spring nurseries can’t keep these beauties in stock, but right now, well the foliage doesn’t offer a lot of reason to buy this plant so you can get a great deal on them.  Don’t let the bedraggled look of the plant dissuade you from buying it.  Just you wait until next spring!  It will be a real show stopper.

This short little plant will cover a lot of area.  You won’t be disappointed if you give Creeping Phlox a try.  I promise. 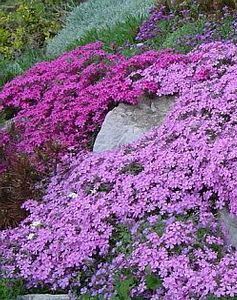 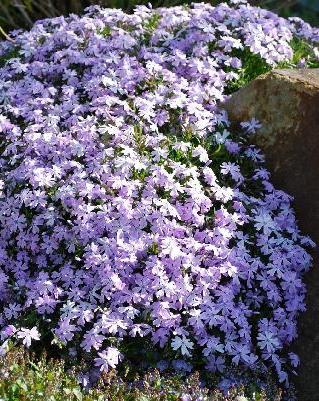 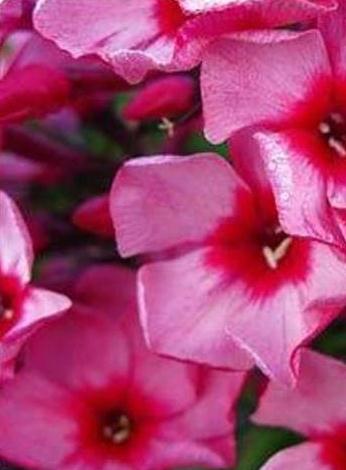 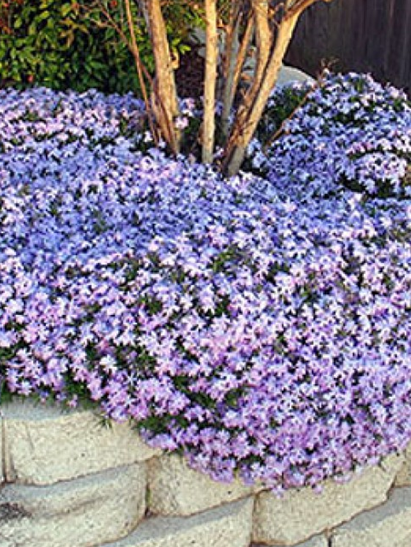 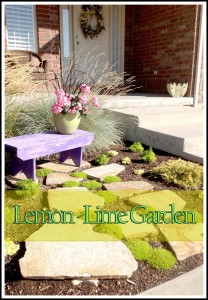 ……a nice change of pace.

It’s taken me a while to decide what to do with the space in front of our front porch.  It’s been half done for a few years now.  At least it seems that way to me.  I just haven’t been able to zero in on what I like for that area.  Well, I think I finally did it.  At least I like the way it has turned out.  I may change it again in a few years, who knows?  But that’s what’s fun about gardening.

The perennial grasses have been there for about 4 years.  Everything else is new this year.  Well, except for the purple bench.  We’ve had that forever.  My husband made it for a church program a long time ago and I just keep painting it over and over.  My 6 year old granddaughter said a couple years ago, “that sure is a great purple bench Nana has.”

All of the hardscape stuff in this picture has been re-purposed, even the flagstone.  We have moved that all over the yard.  The green pot/vase, whatever, has been used here and there as well.  Secret: the geranium in the pot is fake……ssssshhhhh.  I never use fake stuff outside, but we’ve had such harsh climate conditions the last couple years it’s really been hard to know what to plant. Single digits in the winter and triple digits in the summer!  What’s up?  There is no way I could keep a plant alive in a small pot like that in those conditions.  And it’s really been fun to have that pop of color on that bench.  I’m not even ashamed.  And NO DEADHEADING.  Yay!

What I really like about this space is the lemon-lime color of it all.  The scotch moss (which is one of the mosses that does very well in the sun) and other little plant that I can’t for the life of me remember the name.  It starts with an “S”. And the lemon creeping thyme.  These are all perennials and I’ll let you know next year how they winter over.  Then the yellow tam is a golden tipped spreading evergreen.  It will only get about 3 feet in diameter and about 6 inches tall, just right for that space.  The moss should fill in between the flagstone really well next year.

Between the purple bench, the green pot, the pink fake geranium, and the lemon-limes of the plants it produced a nice cool color palette and is a refreshing respite in spite of the triple digit summer heat. 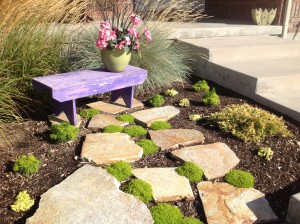 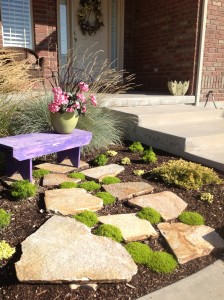